Does Your Son Want to be a Professional Gamer? 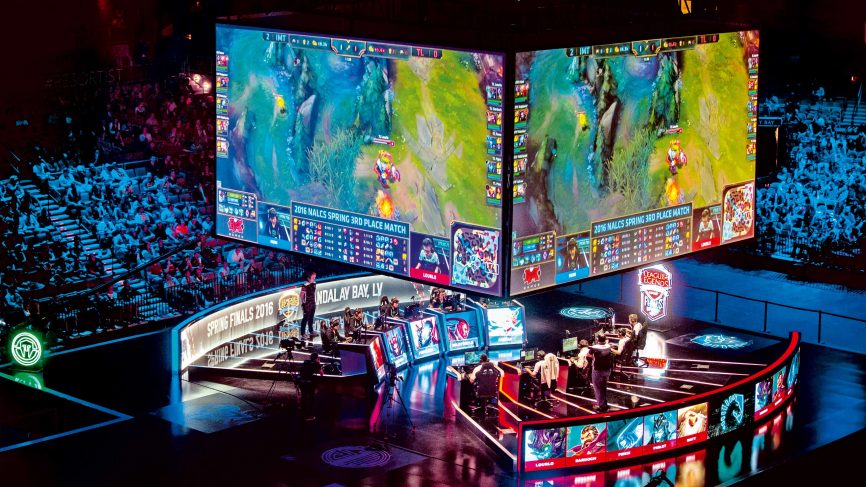 The field of esports has evolved far beyond what anyone expected. The p Some of the biggest tournaments in the world offer millions of dollars as prize money. In 2020, the prize pool for the game Dota 2 surpassed $40 million, which is more than most sports. As a result, many kids get attracted to fame, money, and the option to play video games for a living.

Getting into esports is not easy. It requires a lot of time, hard work, and a significant amount of luck. Very few people who try to get into esports actually make it. Therefore, it should be a well-thought-out decision.

This article will explore the various reasons kids want to pursue esports as a career, the rates of success, whether it is the right decision to become a pro gamer (financially and otherwise), and what parents can do to support their kids.

Why Your Son Wants to Become a Pro Gamer

Some of the best esports players in the world started out playing video games all day. Many of them had fights with their parents about being addicted to video games and ignoring other parts of their life. However, they followed their passion and eventually became one of the best players.

It is important to remember that the top esports players are exceptions and outliers. They are quite different from the standard variety of kids who want to become pro gamers.

Many children want to become professional gamers because video games are leading their life. They spend most of their day gaming and therefore become good at it. However, they miss out on other parts of their life, and as a result, they life isn’t balanced. They seek solace in video games, and since that is one thing they know how to do well, they think that pursuing a career in video games is the only way to go.

Being a pro gamer requires effort, dedication, focused practice, and developing the ability to have a focused mind. It also requires a large amount of emotional awareness because the inability to manage your emotions severely interferes with a gamer’s ability to perform.

Therefore, if your child is playing video games all day to avoid doing other things, or escape negative emotions, then the chances of him becoming a successful pro gamer are slim.

How Much Do Professional Gamers Earn?

Overall, we found that attempting to become a professional gamer is an irresponsible financial decision. In general, if one were to enter the industry for the sole purpose of money, Dota 2 would statistically be their first option. If one were to enter the field of gaming for a longer career, CounterStrike would likely be the best option. Statistically, the skills a gamer needs to play CounterStrike are most versatile and the most easily transferable to other games.

Burnout in esports is a common problem. Dr. Kanojia explains why in this video:

The Most Common Concerns from Parents

To support your gamer son, you first need to understand why he wants to be a pro gamer. Additionally, some of the most common challenges that other parents face can give you an insight into how to help your son live the life of his dreams.

Here are some of the challenges that parents face when they learn their son wants to be a pro gamer.

He is adamant about going pro.

Many parents understand that becoming a pro gamer is not something that everyone can accomplish. As a result, they try to talk their son out of pursuing a career in gaming. However, that puts them at odds with their son because he doesn’t want to be told otherwise.

This disagreement results in a lot of friction in the parent-child relationship. The child stops listening to their parent, and the parents feel like they’re fighting an uphill battle.

What if he doesn’t make it?

“What if my son doesn’t make it and ruins his life?” It is the most common concern that parents have. They see their son spending dozens of hours playing video games, and they wonder if it will be worth it. They wonder if their child should be sacrificing their schoolwork and homework to become a pro gamer. However, the parent doesn’t want to be responsible for ruining their son’s dreams.

It is a very legitimate concern. The chances of the average gamer going pro are significantly minuscule; it is a risky decision for your son to sacrifice other parts of their life in favor of gaming all day. He is better off focusing on school for the most part and gaming on the side. Unless he is very good at the games he plays, gaming should not be his primary focus in school or college.

That said, some parents compromise with their son: he can take one year after school to focus on going pro. If his dreams come true, that’s great! However, if he fails to get into the big leagues, he can go back to college. Some parents can see success with this strategy: the parent is satisfied because their son gets to do what he wants, and if he fails, he can go back to school. Additionally, the child does have regrets about not being able to become a pro gamer and still has the option to live the life he wants.

He doesn’t take care of himself.

Being a professional gamer is not about playing video games for 16 hours a day. It is about building a career in video games while still living a balanced life in other aspects.

Often, becoming a pro gamer can be your son’s way of justifying his video game addiction. If gaming is leading your child, then the chances are that he does not get the chance to explore other areas of his life. Moreover, because of how video games affect his brain, he likely keeps gaming because every other activity seems boring. If your child gets bullied at school or is doing poorly at school, then he might be turning to video games to escape feelings of shame and guilt.

Thus, when he thinks about his future, the natural conclusion that he comes to is that gaming is the only thing he can succeed in.

If this is the scenario that you see at home, then we have a solution for you. The first step is to have a conversation with your child and understand why he spends several hours a day gaming. However, this can go wrong if you don’t have a strong alliance with your child. In these cases, the parent-child relationship often turns into “the child + the video games vs. the parent”. As a result, whatever the parents say doesn’t get through to the child.

Therefore, you have to get on the same team as your son and genuinely come from a place of understanding. For these conversations, you are not trying to take his games away. You are not trying to punish him. The goal is to understand how he feels, validates those emotions, ask open-ended questions, and get him to open up to you at his own pace.

If you think your child is using professional gaming as an excuse to justify their video game addiction, then this quiz can help you determine that:

The process of weaning your child off video games can take a lot of time and a lot of energy. It is challenging for parents to do this alone. Many parents get burnt out because they run up against a brick wall. One of the most underrated aspects of helping your child live his best life is to have access to other parents who are non-judgmental and understanding of your situation.

Healthy Gamer Parent Coaching is a 12-week bootcamp for parents of children struggling with excessive gaming. You’ll participate in 2 sessions every week:

We’ve worked with thousands of gamers, and we know we can help you, too. Healthy Gamer Programs are effective and affordable because they’re led by people who get it.

What are the Chances of Him Making It?

The chances of your son becoming a professional come down to a few factors. One of them is whether he has the requisite skill, talent, and reaction time. Different games have different requirements for success, so the criteria for success will vary.

Another factor is how much time he can afford to spend on very systematic and focused practice. This does not mean playing video games for fun. It involves playing to improve a particular aspect of his skill.

At Healthy Gamer, we analyzed the chance of going professional and making a 6 figure salary across eight games. These games were Dota 2, CS:GO, Fortnite, League of Legends, PUBG, Overwatch, RSS, and Smite.

Therefore, only a handful of people successfully become professional gamers.

Overall, if your son wants to be a pro gamer, it comes down to a few factors: