Jealousy in Workplace: Its not what it looks like 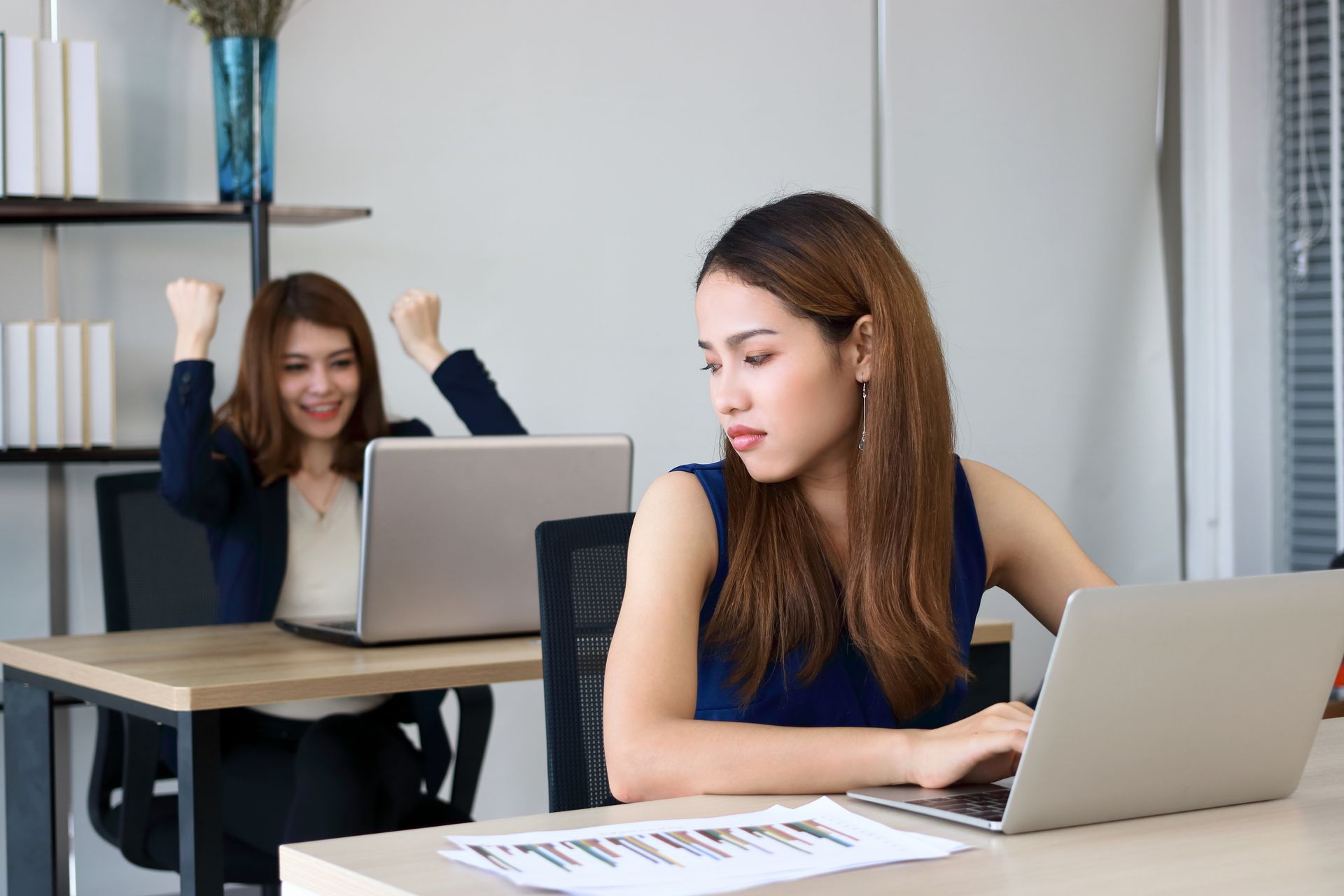 In the modern world, most projects in the workplace get assigned to groups of employees rather than one person. Therefore, collaboration and trust within teams are essential to workplace productivity.

A study by Qiu and Pescheck found that employees who engage in interpersonal counterproductive workplace behaviors impede the group’s progress towards its shared goals, decreasing overall productivity.

Jealousy is one of the most common motivators in the workplace, and it tends to stem from insecurity. This article will explore conflict at work, how it affects employees and companies, and strategies to deal with difficult coworkers.

How do you tell if a coworker is jealous of you?

1. They make comments about your work being more exciting than theirs.

If a coworker repeatedly makes comments about your work being better than theirs, then it's possible that they feel jealous. However, compared to many other behaviors, this is fairly benign. They are not sabotaging your work to make themselves look better in front of others. Instead, they are expressing their lack of satisfaction with their work.

‍2. They take all the credit for your work.

Sometimes jealous coworkers start taking credit for all your work. If you worked with them on a project, they might try to minimize your contribution to make themselves look better. As a result, you may be putting in work that does not get acknowledged. That is a problem if you are aiming for a promotion or a raise, as appropriate recognition is vital for progression at work.

‍3. They are rude, sarcastic, or passive-aggressive.

Jealous coworkers tend to be rude, sarcastic, or passive-aggressive. They may talk badly about you in front of others or behind your back. Additionally, they may not collaborate with you and always disagree with what you say, even if data supports it. In such situations, they are not trying to hide their jealousy. Other coworkers are bound to take notice of it as well.

‍4. They exclude you from meetings or emails.

Sometimes, jealous coworkers start to exclude you from certain kinds of work. You may get excluded from doing work you are good at because it steals the spotlight away from you. Additionally, they may keep you out of the loop. In such situations, you may get siloed from the organization over time. That is a huge problem because working in a silo takes a huge toll on productivity and damages team efficiency.

‍5. They actively sabotage your work.

If a worker starts to sabotage your work activities and prevents you from doing your job, the situation has escalated. They may have a personal disagreement with you. It is also possible that they are engaging in discriminatory behavior.

What causes jealousy at work?

According to a study by Qiu and Pescheck, team members’ interpersonal misbehaviors (which often arise from jealousy, among other causes) lead to low emotional integration and less sharing and acquisition of new knowledge. That is detrimental to a team’s collaboration and directly affects the success of new product development projects.

Jealousy at work, much in any other environment, stems from insecurity. When a person feels inadequate and starts to compare themselves with other people, jealousy starts to arise. Jealousy is a function of the ego and starts to control our behavior. However, jealous coworkers may not even want to admit that they are jealous, as that would mean accepting that they feel inadequate compared to others. Most human beings have trouble admitting their insecurities, even to themselves.

As a result, jealous people are woefully ignorant of their emotions and channel this insecurity into sabotaging other people. They may not even be aware of why they are engaging in those behaviors. Internally, they may just feel resentful or have a dislike for you. They may attribute this dislike to your work performance when it may not have anything to do with that.

Jealousy is an emotion and a set of behaviors that we observe in another person. While the emotion is an internal exploration, we can attribute the behaviors to a variety of causes.

A study by Jha and Jha identified four causes for interpersonal conflicts in the workplace:

Individuals differ in terms of opinions, attitudes, beliefs, culture, emotional stability, maturity, education, gender, language, etc. As a result, their responses to events or circumstances in the workplace also vary. Often, conflicts that arise due to individual differences become emotionally charged. A disagreement about factual correctness can transform into an argument about having the moral high ground (Whetten & Cameron, 1991). Since the individual’s self-identities of being correct are at risk, the ego comes into play.

Employees expect mutual respect and dignified interpersonal behavior. However, interpersonal issues arise when one of them starts to behave inappropriately and exhibit jealousy.

One’s belief about another’s intentions is a significant factor in interpersonal conflicts, especially jealousy. If your coworker believes that their interests are directly opposed or negatively affected by you, then it can lead to distrust, non-cooperation, and withholding of efforts and information. On the surface, one would describe these behaviors as jealousy.

Organizations with a high degree of departmentalization impede cooperation and undermine independence. It results in frustration and helplessness at the level of the employees, which leads to them adopting a singular worldview instead of approaching a situation from multiple perspectives. As a result, conflicts arise when competition wins over cooperation.

Finally, conflicts that arise in the workplace may have causes that have nothing to do with the workplace or job. Conflicts at home, disputes with spouses, ill-health in the family, financial struggles, and unresolved issues in one’s personal life can trigger interpersonal conflicts at work.

A study by Townsend attempts to define more causes for workplace conflicts.

Office politics is a loosely-thrown-around work. However, it is not entirely clear what it means. In general, it appears to refer to behaviors from employees that seek to advance their motives or hinder others strategically. Emotions such as jealousy or excessive self-interest are often the driving force behind office politics.

Attribution theory explains that we attribute our failures to external circumstances while attributing other people’s shortcomings to their inherent traits. As a result, this can lead to biases and jealousy.

When people belong to a group, they derive a sense of identity. People tend to enhance this sense of identity by comparing their group with other groups or people outside the group. Ingroup bias is the preferential treatment people give to members of their groups, while out-group bias results in negative associations toward members who are not part of the in-group.

This behavior arises in early childhood, and adults continue this behavior in the form of political behaviors in the workplace. For example, jealous coworkers may spread negative rumors about a professional rival and associate with powerful coworkers while disassociating themselves from out-group members.

Often, discriminatory and stereotyping behaviors may look similar to jealousy. However, they may have different motivators. Recent research suggests that experiencing interpersonal discrimination in the workplace leads to greater stress levels, which leads to decrements in performance.

How do you deal with backstabbing coworkers and jealousy?

Some conflict with coworkers is common and expected. In any big enough group of people, there will be individuals with different styles and personalities. Some may even be outright difficult people.

Learning to work with these kinds of people is an important skill, not just in the workplace but also in general. It is important to learn to be a good collaborator in the modern workforce, where individual work is rare and work in large, cross-cultural teams is increasingly common.

It is also important to note that all of us are difficult coworkers for someone else due to differences in our backgrounds and personality traits. By first understanding that there is no perfect person who gets along naturally with everyone else, we can have empathy for others.

Here are some strategies that can help:

Empathy for others can come from the understanding of classic personality tests.  Some examples include:

Each of these systems of personality is a lens that highlights how conflict can arise not just from fundamental disagreement but also from different styles.

Here are some actionable things you can do:

Learn about your style and how it impacts others.

Learn about other styles, how to recognize them, and how to adjust to them.

What makes them tick? What makes them feel comfortable at work? How do they like to structure their work? What can you do to make their life easier while not compromising on your work?

Learn to treat others as people, not as objects.

“Leadership and Self Deception” by The Arbinger Institute covers this in great detail. When we treat others as obstacles to what we want, they feel that treatment and push back.  When we treat them as people trying to do what they believe they should, we get more cooperation.

Additionally, it is helpful to understand that a jealous coworker is doing what they are doing because it works for them in some way. It is meeting some needs that they have.

This is true in general for all human beings. We do not adopt behaviors that do not serve us in some way, even if the behaviors in question are apparently self-destructive.

If we can understand their reasoning, thought process, or emotions driving them to that behavior, we can better work around it.

See if you can work around them.

The first step is to narrow down the frustrating behaviors. Can you identify why your coworker is the way they are? Can you narrow it down from “they are jealous and drive me crazy” to the specific things that really matter that you find difficult?

The following table lists some strategies and the corresponding question that may help figure out a way to work around a frustrating coworker:

The last strategy is to try to have someone with authority create a change in their behavior.

While this may appear appealing, it should be a last resort. If you do attempt this strategy, here are some key elements to improve the chance of success:

Addressing coworker conflict and jealousy involves understanding your role in it.  You can ask a coworker to change their interactions, and some may even do so if asked correctly.  However, the only actions you can fully control are your own.  By understanding the sources of the friction, you can then choose to change your behavior to get a different response.

CareersSigns You’re Wasting Your Life at Work
CareersWhat to Do If You Feel Like Quitting Your Job Everyday
CareersDon’t Feel Valued at Work? Signs, Solutions, and Communication Tips
CareersMake Better Decisions at Work with these Techniques 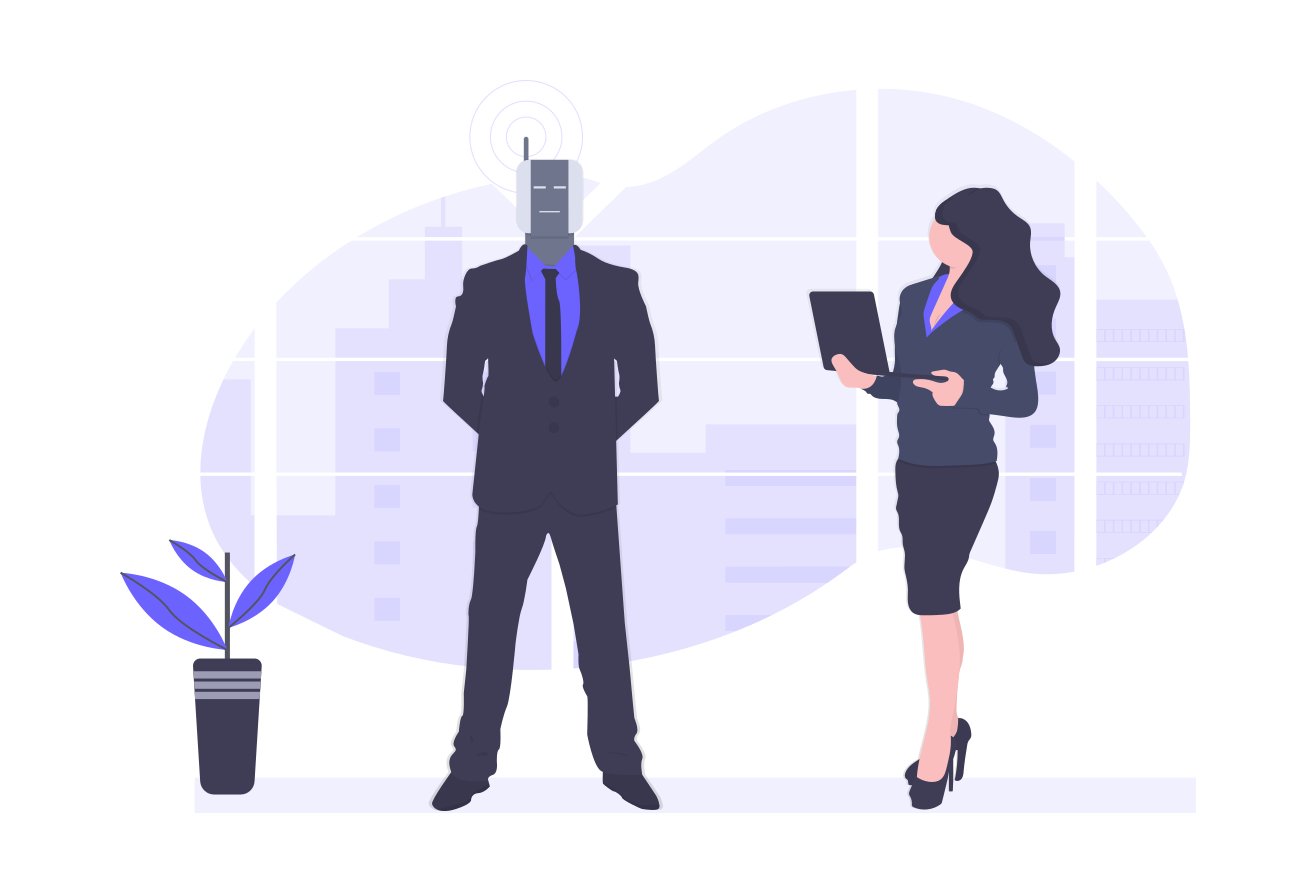 We aren’t here to tell you to quit your job, or tell you to suck it up. Healthy Gamer Career Coaches help you navigate your unique situation with a perspective on mental wellness to find a path forward.