Does Your Son Want Nothing to do with you? 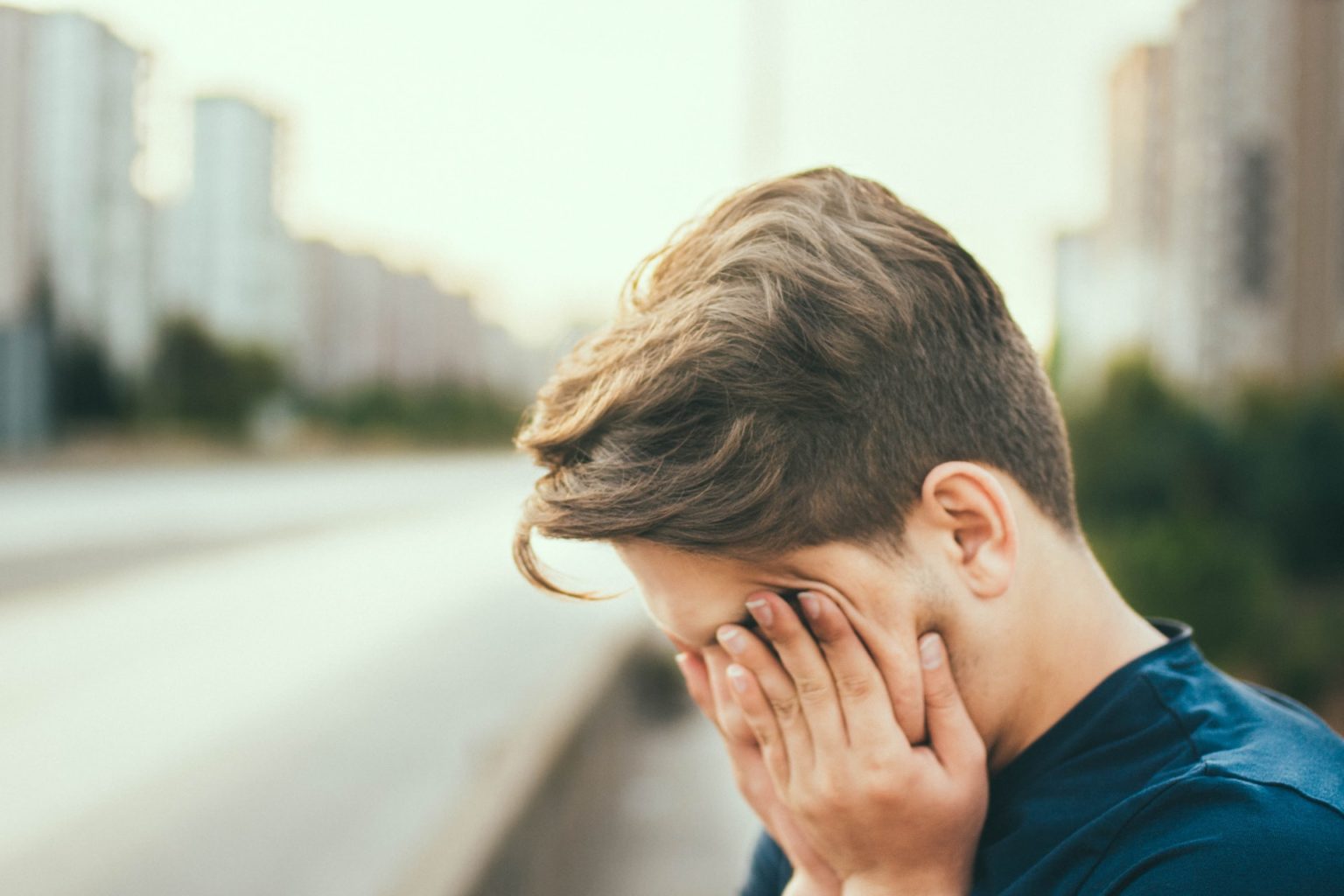 Does your son come home from school and lock himself in his room? Does he not want to come down to have dinner with the family? Do you see temper tantrums when you ask him to spend time with you? It is hard to experience this much resistance from your child. You might have concluded that your son hates you and wants nothing to do with you.

It doesn’t have to be that way. Here are a few ways to reconnect with your son if he wants nothing to do with you:

This article will explore why your son wants nothing to do with you and how to disarm his resistance to your efforts to interact.

If video games are leading your son, helping him overcome it does not have to be a one-person endeavor. It can be difficult to get on the same page as your kid and get him to stop spending the whole day gaming. We’ve worked with thousands of gamers, and we know we can help you, too. Click here to learn more about Healthy Gamer Parent Coaching.

Often times, your child may not want anything to do with you because they are obsessed with their video games. You can use this quiz to determine if that is the case:

Signs Your Son Wants Nothing to Do With You

All these signs may make you think that your son hates you. However, that’s not necessarily true. His behavior is probably defensive rather than aggressive. He likely feels attacked when he interacts with the family.

When Does Your Son Act Out?

You can learn a lot by studying the instances in which your son acts out. What are the triggers for his behavior? Here are a few situations:

Why Your Son Wants Nothing to Do With You

Your son’s actions don’t mean that he wants nothing to do with you. If you observe his behaviors, you will realize that he gets defensive when confronted with particular situations. That means that his disconnection from you is less about you and more about his internal emotional state.

Our mind tends to run away from negative emotions. Therefore, when you talk to your son about something he feels ashamed about, he tries to shut down the conversation by lashing out. In turn, that adds to his guilt, making him more likely to lash out in future attempts to interact with him. It is a vicious cycle.

There are a few reasons why he could feel shame and guilt. Some of the most common ones are:

Your son may not feel comfortable confiding in anyone, including his parents. As a result, he bottles up his emotions. From your perspective, it looks like your son wants nothing to do with you.

Over time, the pressure from these suppressed emotions becomes too much. When you attempt to have a conversation with your son about something he’s ashamed about, he has an emotional outburst. That is because the feelings of shame and embarrassment rise to the surface of his mind.

At that moment, the part of his mind that wants to protect him from negative emotion takes over. He tries to do anything to stop having that conversation. That is the source of his temper tantrums, fits of anger, and in extreme cases, violence.

Moreover, if your son uses gaming to escape from his emotions, then any attempt to get him to stop gaming will result in an emotional outburst. That is because video games suppress your emotions. However, these emotions lurk under the mind’s surface and rush to the forefront whenever the mind isn’t distracted. That is one of the major reasons why it’s hard for kids to stop gaming.

How to Reconnect With Your Son

If your son wants nothing to do with you and gets defensive every time you attempt to talk to him, then the first step to repairing your relationship with him is to understand the source of his defensiveness. However, if you ask him questions about why he gets defensive, that will only make him more defensive. It will create a bigger divide between you and him.

Here are the few tips that will help you understand his defensiveness and reconnect with your son:

Allow Him His Space

If you go into your son’s space (like his room) and try to have a conversation with him, the chances are that he will get agitated. In his mind, his room is his safe space, and asking him questions that make him uncomfortable will appear as an infringement of his space.

The best course of action is to invite him to have a conversation in a neutral area, such as the living room. Help him understand that if he does not want to talk right now, that is okay. Be careful not to force him to talk to you because that will make future attempts to talk more difficult.

Parents often get impatient when their child doesn’t take their invitation or become excited when he does. However, approaching the situation with a neutral mind yields the best results. Parents need to manage their own emotional state if they want to reconnect with their child.

When your child agrees to talk to you, you can use some techniques to disarm his defensiveness. In this conversation, it is important to be transparent, compassionate, and non-judgmental. You can tell him how it feels not to be able to connect with him. Share your emotions and your thoughts. At the same time, acknowledge that he has his reasons for not wanting to engage with you and that you would like to understand those reasons.

The more authentic you are, the more easily he will open up to you. However, this may not happen in one conversation.

Let him know that if he wants to leave the conversation at any point, then he can. He should not feel like he has to sit there and talk with you. The less bound he feels in that conversation, the easier it will be for both of you to connect.

Ask open-ended questions. Avoid leading him in any particular direction. Moreover, when he responds to your questions, start by summarizing what he said and how he must be feeling when saying that. It will help him realize that you are actually listening to him, which may not be something that he feels often. This technique is called reflective listening.

For example, you can ask him, “I feel that over the past few years, we have stopped connecting as much as we used to. That makes me very sad, and I wish you, and I could share a mother-son bond (or father-son bond). What do you think about that?”

He may not have a good response to that question. He may agree that you guys haven’t shared a good bond but not have much else to add. That is okay. It is a long road, and progress will take time.

Alternatively, he may express his desire to repair your relationship, but he doesn’t know how to do it. That response is a big step forward. However, likely, it won’t happen for quite a few conversations.

If he shares any thoughts that have an emotional backdrop, attempt to validate those emotions first. For example, if he says, “I feel really ashamed about where my life is right now”, don’t try to solve his problem for him. It will lead to more conflict because the issue is that he does not know how to use your advice.

Additionally, attempt to cultivate understanding by reflecting what he said back to him. “It sounds like you’re really stuck. I can’t imagine what you’re going through. It must be tough to wake up every day and feel that shame.” Validating these emotions will make him feel understood and release much of the pent-up emotional tension in a healthy manner.

Your relationship with your child did not get to its current state in a day, a month, or even one year — it has taken a long time to get here. Therefore, it will take equally as long, if not more, to repair it.

If you manage your internal emotional state as a parent,  it will give you the resilience to stick through the tough times. You will be able to ensure that your child reconnects with you and has the skills to be a functional adult.

One of the most underrated aspects of helping your child live his best life is to have access to other parents who are non-judgmental and understanding of your situation.