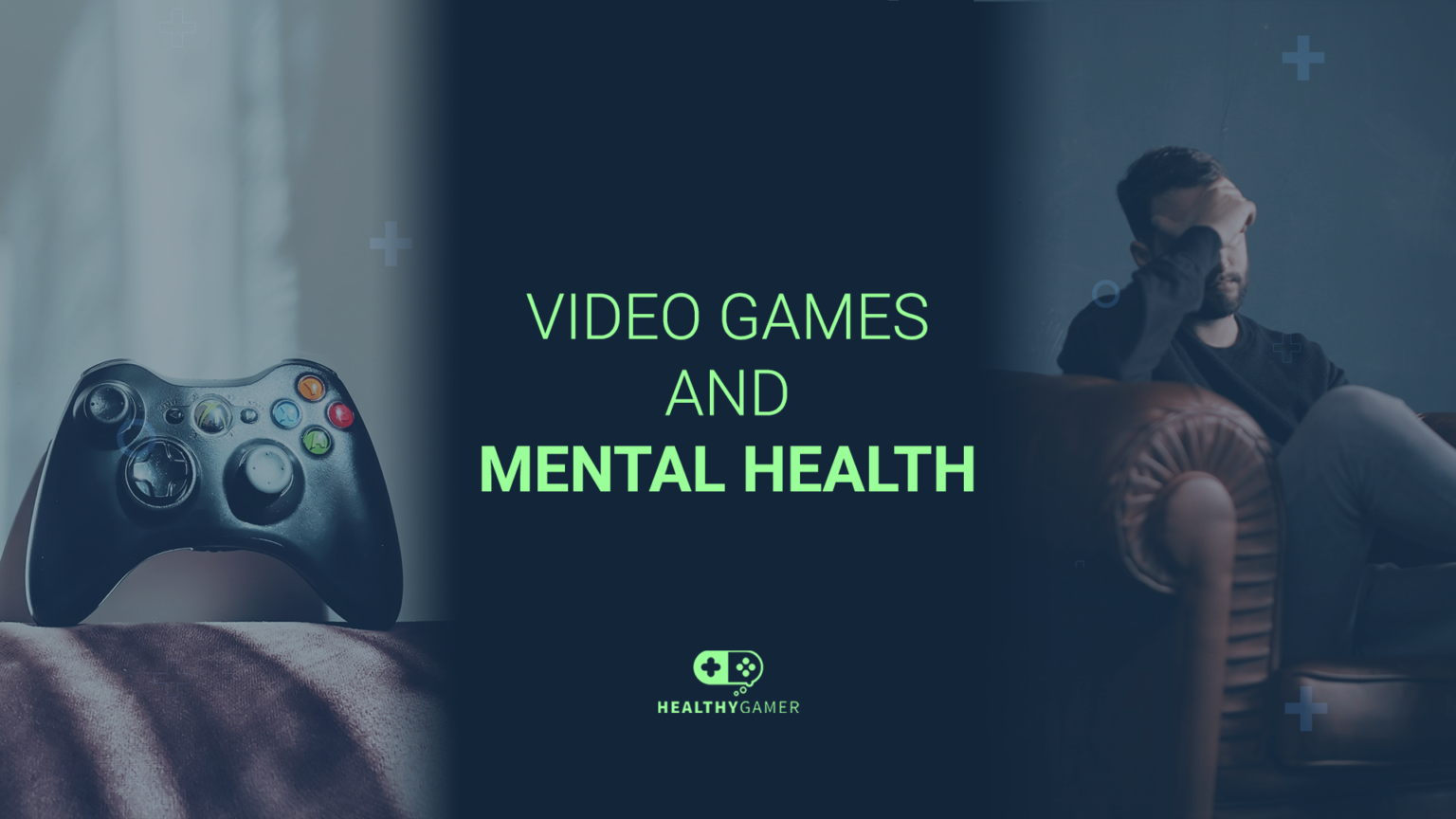 Video games seem to be blamed for all sorts of negative effects on mental health. Some studies indicate that gaming results in people becoming anxious, depressed, angry, or even violent. There is some truth to each of these claims. However, there is more to the story. What is the relationship between video games and mental health? Are video games good for your mental health?

Video games are not evil by nature. They do not necessarily cause anxiety or depression. However, video game addiction can certainly make these issues worse. Keep reading to learn the effects of excessive gaming on the brain, and how you can keep playing video games without sacrificing your mental health.

Take this quiz to understand your problematic relationship with video games:

How Do Video Games Affect Emotions and Mental Health?

To answer this question, we need to first ask another question: why do people start playing video games?

A lot of gamers started playing video games to escape something in real life. Maybe they were bullied in school, and when they came home, they were bullied on social media. In such a situation, the only escape for the gamer is a video game. That is the only place where they can immerse themself and escape the emotional pain of real life.

An fMRI study looked at the activity of different parts of the brain in gamers. The amygdala is the part of your brain that governs fear and negative emotions. The study showed that when your amygdala is active i.e when you are experiencing pain or fear, and you start playing a video game, then the amygdala calms down. Video games literally allow us to escape negative emotions and suppress them.

Negative emotions are one of the strongest teachers for the human brain. If a child touches a hot stove once, they learn to never touch it again. Therefore, since video games suppress our negative emotions, they also make it harder to learn from our mistakes.

Check out this video to learn how gaming affects the learning circuitry of our brain:

Thus, people get stuck playing video games, even though they realize that their gaming habit is hurting their progress in life. Since they do not understand why they cannot quit, they start to believe that they are lazy and continue to play video games.

If someone suppresses their emotions for long periods of time, they develop a condition called Alexithymia. Alexithymia is the inability to determine one’s inner emotional state. A majority of gamers are alexithymic, because of the way video games suppress our emotions and affect our mental health.

Alexithymia is an adaptive and protective mechanism. At a young age, people often do not have an emotional guide who can explain their emotions to them. They end up suppressing them because that is easier to do than to keep feeling the emotional pain.

Over time, they start to lose their ability to determine what emotions they are feeling. This does not mean that emotions no longer control their behavior — they just can’t recognize when that happens.

In our society, men who show emotions such as fear, sadness, and shame are considered weaker or less masculine than those that don’t show these emotions. Therefore, the only acceptable emotion that they can express is anger. This severely limits their emotional capacity and makes men more susceptible to developing alexithymia.

Over time, due to this continuous suppressive action, negative emotions keep building up. Eventually, the pressure that they exert on our mind becomes too strong to be contained. This is when gamers have emotional outbursts.

They end up using the only strategy that they know of: using gaming to suppress these emotions. As a result, they play video games all day long. Aspects of their life such as performance in school, physical health, and hygiene get neglected, which results in more negative emotions that they have to suppress. Eventually, they get stuck in a negative feedback loop.

Video games are correlated with increased depression and anxiety. However, correlation does not necessarily imply causation — people who are unhappy or depressed are drawn to video games because they help to suppress negative emotions. They develop a gaming habit that causes them to get stuck in life. Naturally, they end up being unhappy.

There is a difference between clinical depression and feeling unhappy. Someone can be content in life, but still have underlying feelings of sadness — that is clinical depression. However, if you are stuck in life and are not moving towards your goals, then you will most likely be unhappy. Sometimes, you can have both, and it becomes hard to distinguish one from the other. If you think you are depressed, it is best to get the opinion of a licensed mental health professional.

Dr. K explains the difference between clinical depression and unhappiness in this video:

Our mind has the ability to predict potential problems in the future. If this ability gets out of control, then that is what we call anxiety.

Every anxious thought has its root in the future. Video games do not necessarily cause anxiety, but when they take over your life and you start to neglect other important things, then that creates anxious thoughts.

Check out our webinar on how anxiety works and how to deal with it.

Do Video Games Cause Low Self-Esteem?

If a person is addicted to video games and is going nowhere in life, then they will probably have low self-worth and confidence.

Moreover, gamers aren’t judged for external things when they are online. Other people see them for who they are as a person and do not judge them based on what clothes they wear, how they look, how much money they make, or what car they own.

But when they move out into the real world, they are judged for these things, and since they are not used to being judged, they feel really uncomfortable. They start to stay inside and avoid going outside. That makes the situation worse because then they miss out on opportunities to grow and explore. This makes their low self-esteem even worse and their confidence continues to decrease over time.

Video games are not necessarily the source of mental health problems. It is possible to be a healthy gamer and enjoy video games as a recreational activity. However, when people do not know how to deal with their emotions, they tend to use video games to suppress them and end up getting stuck in life.