Video Games Make You Smarter: Backed up by Research 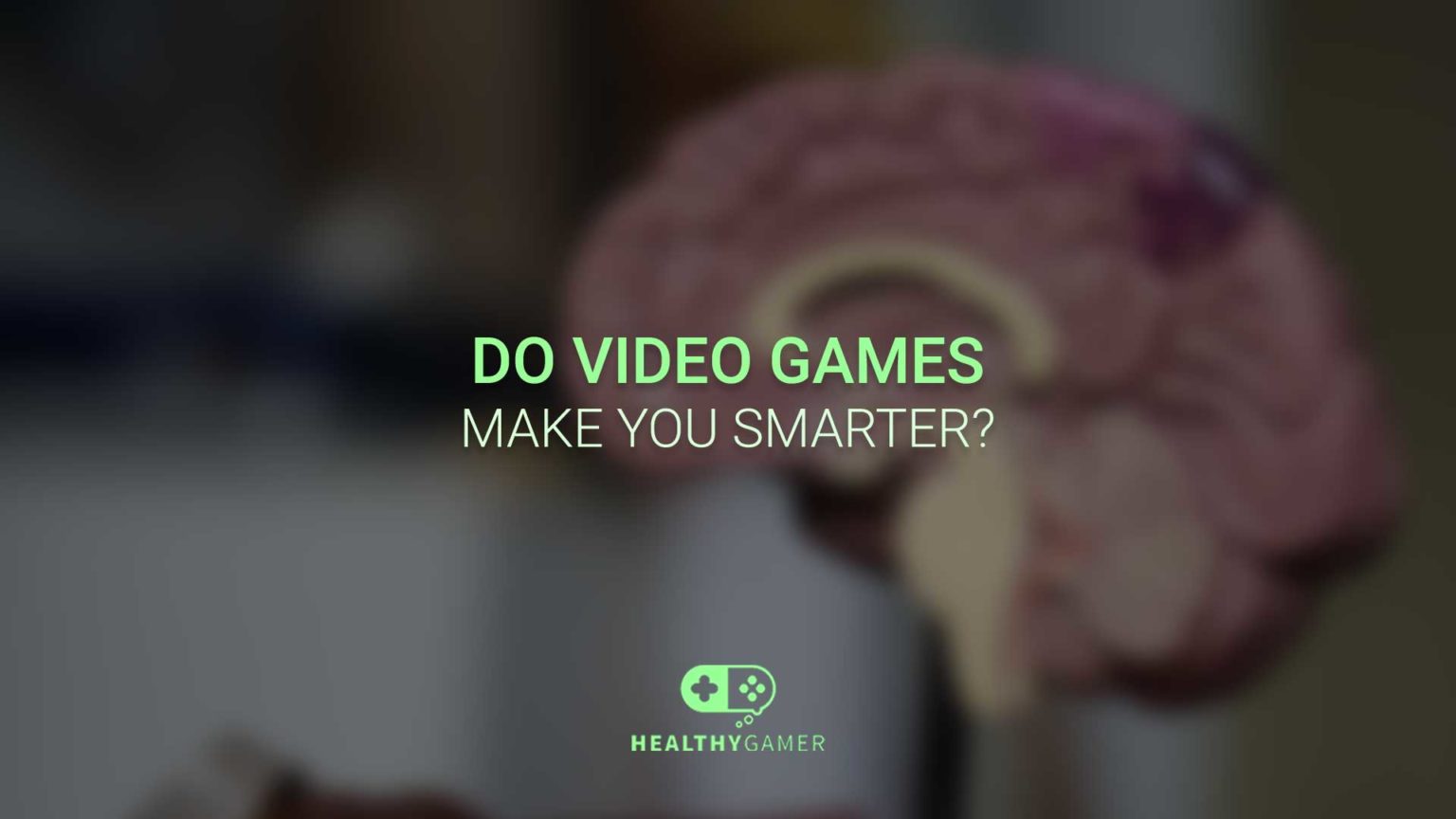 Take this quiz to understand your problematic relationship with video games:

Effect of Video Games on Attention

Memory is closely related to attention. Therefore, since games improve attention, they would have an impact on memory as well. Let’s take a look at some research.

Most video games, especially 3D ones, require gamers to develop excellent spatial skills to navigate complex environments. Let’s look at some studies that have looked at the relationship between video games and spatial intelligence.

What is IQ? How much does it matter?

IQ is short for intelligence quotient. Researchers developed it to measure how well someone can use information and reasoning to answer questions or make predictions. IQ tests measure short-term and long-term memory and how quickly one can solve puzzles and recall information. It helps researchers check whether they are testing for the same “kind” of intelligence. However, it does not encapsulate the complexity of the mind. Other factors, such as social and economic status, influence IQ. Emotional Intelligence (EQ) is also a significant contributor to success.

IQ is a predictor of many things, but it does not define intelligence. It is generally a good predictor of a person’s success in life since the more intelligent a person is, the more likely they are to solve problems, learn new things, and get ahead in life. However, it can only predict how well people will do in particular situations, such as science, engineering, and art. Success in life requires more than just intelligence — it depends on persistence, ambition, opportunity, and luck.

Games select and filter for higher fluid IQs because games adequately, intellectually challenge us as kids when school was not enough. There are studies that children crave challenge and mastery, which games provide for them, and that creates a feedback loop.

What Does the Research Say?

A study conducted at the University of York found a correlation between young people’s skill at two popular video games (Dota 2 and League of Legends) and high intelligence levels.

The study set up two groups: the first group demonstrated their skill at League of Legends and then took a standard pen-and-paper intelligence test. They split the second group into Dota 2 players and gamers who played shooting games (Destiny and Battlefield 3).

While games can be good at indicators of a person’s IQ, that does not necessarily mean that they boost IQ.

Does Higher IQ Correlate with Risk of Addiction?

Smarter people are more likely to get addicted to video games because they may not be adequately challenged in school or at work, and video games fulfill this need for them. To recognize and overcome gaming addiction, you need to acknowledge who you are as a gamer. Gamers are, in fact, smarter than the average person. While we value intelligence in society, being smart is not enough to be successful.

Gamers use their high IQ to justify their lack of success, and it becomes an ego boost. Therefore, high intelligence becomes a justification for not needing to work hard and aim for success in life. That is how intelligence leads to avoidance.

Sign up to work one-on-one with a Healthy Gamer Coach. Move at your own pace and dedicate time to understand what drives you to game, and how you can take back control of your life..
Learn More

Check out this video in which Dr. K talks about how intelligence leads to avoidance:

For example, let’s assume that a study that aims to test the impact of action games on decision-making recruits gamers and non-gamers. It discloses the nature and aim of the study to the participants. It also tells them whether they will be in the experimental group or the control group.

The experimental group trains on an action game while the control group trains on a strategy game. After training, the researchers administer a test to both groups. It aims to measure the speed and accuracy of their decision-making. Since both groups know the aim of the study, the experimental group believes that they will do well on the test. Therefore, it creates a self-fulfilling prophecy, and they try their hardest. Meanwhile, the control group does not put in as much effort because they think that they are expected to match up to the experimental group. As a result, they don’t try hard and don’t perform too well.

Such an experiment does not control well for placebo. Unfortunately, many video game training studies are structured this way.

Intelligence is complicated and not understood very well. Therefore, it is hard to measure if video games make you smarter. However, we can measure aspects of our cognition and how video games affect it. It is also unclear to what degree video games boost our cognition. That is because they select for people whose attentional, memory, learning, problem-solving, and decision-making abilities are already above average. Despite all that, it is safe to say that gamers tend to rank higher for these cognitive abilities than the rest of the population.

If you feel that your gaming habit is affecting your life, we can help. Sign up to work with a HealthyGamer Coach, trained by Dr. Alok Kanojia himself. HealthyGamer Coaches are gamers who have taken control of their life, and know exactly what you’re going through.