Do Video Games Cause Bad Behavior in Children? 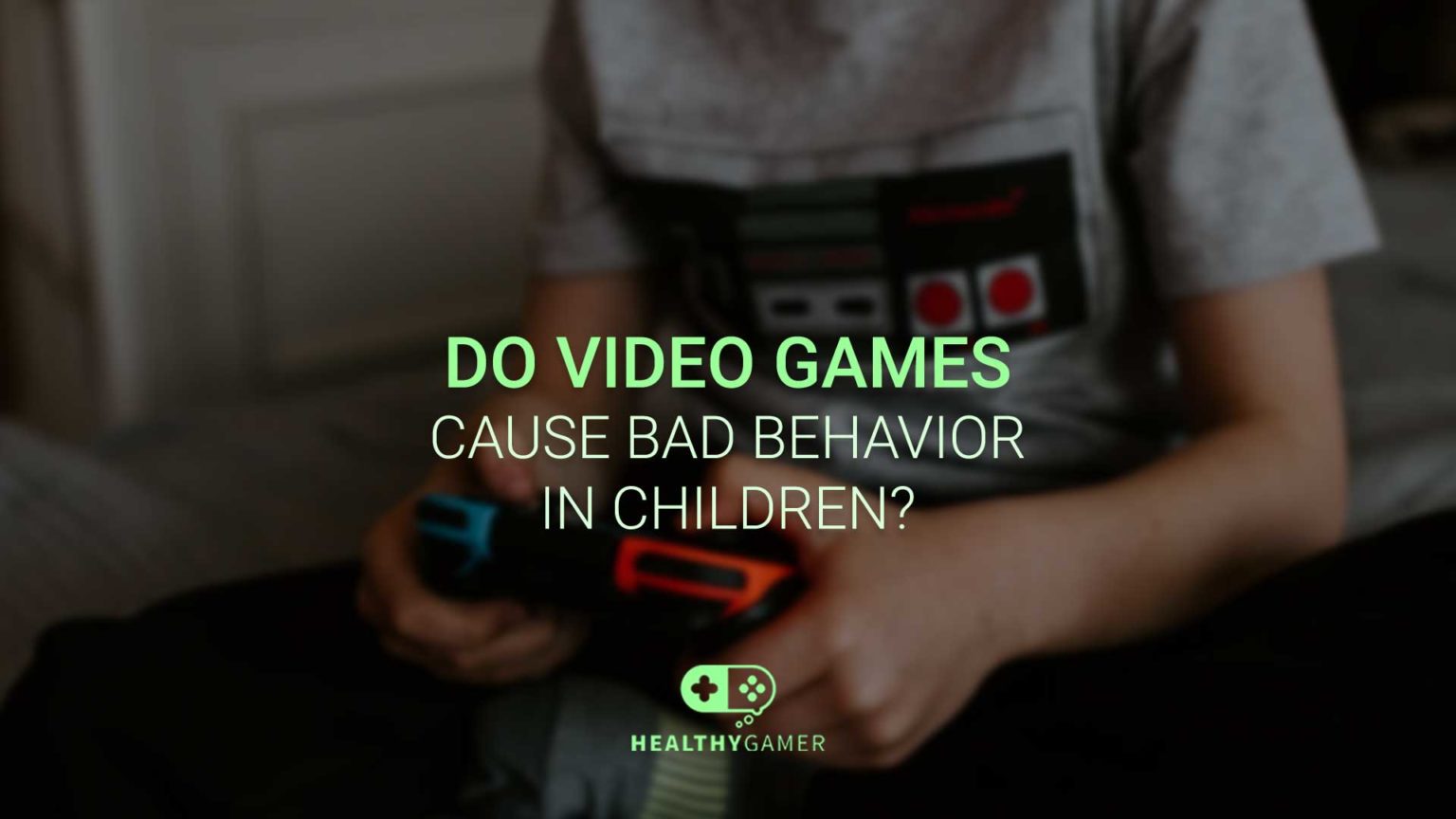 Plenty of parents are concerned about their resident gamer. There is a growing sense among parents that when their child gets engrossed in their video game, their behavior completely changes. It is an understandable concern, and it raises the question: “Do video games cause bad behavior in children?”

Video games do not cause bad behavior in children. However, if children are addicted to video games, they become very confrontational and defensive about their gaming habits. They feel like they have to protect themselves and their games, which puts you and your child on different teams.

Often times, your child may be acting out because he has a video game addiction. This quiz can help you determine if that is the case:

Why Does Your Child Play Video Games?

Different games fulfill different needs for a child. Research has shown that children crave challenge and mastery. Video games become a great source for fulfilling these needs when school is unable to do so.

Let’s look at a few examples of the kinds of games a child plays and the needs they fulfill.

A child that plays adventure games such as Legend of Zelda, Dark Souls or Skyrim usually enjoys them because they involve a lot of exploration. The child probably is highly curious and enjoys learning new things and exploring new environments. As a result, adventure games that allow the child to fulfill these needs will probably be very appealing.

A kid that enjoys MMORPGs such as World of Warcraft or Final Fantasy 14 most likely enjoys them because they involve being part of a community and working towards a common goal. These games give the child a sense of progress and a direction to move forward.

If a child plays first-person shooter games, such as Fortnite or Call of Duty, they most likely enjoy the rush of adrenaline when they play these games. A child that enjoys shooter games has a high competitive drive and loves to overcome others. They probably enjoy winning against adversity and acquiring new skills.

Video Games are a Coping Mechanism

Traits such as curiosity, competitiveness, and being a team player are generally regarded positively by society. However, these are not the only needs that video games can fulfill. Video games can be helpful coping mechanisms due to reasons we will cover later on in this article.

Most young children cannot make sense of their emotions. They do not know how to deal with sadness, anger, frustration, or fear. Their brains are not developed enough to have the capacity to deal with these feelings. However, kids can still feel these emotions, and they still affect them deeply.

What does a child who does not know how to handle their feelings do when they experience negative emotions? They try to avoid them. In some cases, video games become this escape. They allow the child into a virtual world where these feelings do not hold power.

Children play video games as a coping mechanism for:

To fully understand why your child plays video games, we need to look into the effects of gaming on the brain.

When we play video games, our brain releases a neurotransmitter called dopamine. Dopamine controls the amount of pleasure we feel. Video games are fun because they result in a constant flow of dopamine, with random bursts.

Over time, our brain gets used to this constant flow of dopamine, and it requires it to be secreted in higher quantities so that we can have the same amount of fun. That is why gamers end up wanting to play more over time. Dopamine is addictive, and we need to game more to reach the point where enough dopamine gets secreted for us to feel like we’re having fun. Over long periods, this can lead to dopamine exhaustion.

Check out our article on the three stages of video game addiction to learn more about how video games affect our brains.

Video games also suppress negative emotions. The amygdala is the part of our brain that governs fear and other negative feelings. fMRI studies have shown that if we start to play video games when our amygdala is activated, the amygdala calms down.

As a result, video games are a great way to escape from our negative feelings. Over time, as these emotions get suppressed, gamers start to develop a condition called alexithymia. Alexithymia is the inability to determine your internal emotional state. It is incredibly detrimental to a growing and developing child as being able to understand and process your emotions is crucial for the child’s mental health.

The third way that video games affect our brains is that they engage the Triumph circuit. The Triumph circuit is not as directly mappable onto the brain as the dopamine circuitry. It is more of a psychological pattern that has developed as a result of our evolutionary history.

The story of going out into the unknown, finding something valuable, and returning it to your tribe is deeply rooted in human psychology. We value people who venture into the unknown and return with a prize that improves our quality of life. As a society, we base our ideas of success on this concept.

Video games have hacked this circuit. They can engage the Triumph circuit with ease. The brain evolved to prioritize efficiency, so it starts to rely on video games for this feeling of success. Other activities begin to appear dull compared to video games because video games make it easier to get that sense of accomplishment.

A combination of these factors can lead to a change in a child’s behavior. Let’s see how and why video games might cause bad behavior in children.

Check out this video in which Dr. K explains how video game addiction affects the learning circuitry

Do Video Games Cause Bad Behavior in Children?

When a child starts to play video games to the point that other areas of their life are affected, they may be addicted to video games.

Click here to check out our article about the signs of video game addiction.

Moreover, children may act out when they feel threatened that their parents might take away their video games. They might get defensive, angry, and start to disobey and disrespect their parents. This behavior comes from fear, but due to alexithymia, they don’t know how to communicate this fear without expressing anger.

Moreover, if a child uses video games as a coping mechanism, they might have a lot of negative emotions below the surface. The valve holding back those emotions might burst if they get pushed beyond their comfort zone. Since they don’t know how to handle uncomfortable situations, they go back to playing video games as that is the only way they know how to deal with these emotions.

If their coping mechanism gets taken away, then those emotions burst forth and control their behavior. It’s not that they want to act out; they just don’t know how to handle their feelings. It is easy to assume that video games cause bad behavior. However, that is not the case. Bad behavior is the effect of video game addiction.

Additionally, due to the dopamine exhaustion caused by excessive gaming, all activities aside from video game addiction stop being fun. Gaming becomes so crucial to the child that they do not want to engage in anything else. Since everything else feels worse than gaming, they act out and become defensive when they think that their video games will get taken away.

How to Help Your Child Regain Balance

Click here to read our article on how to break a child’s video game addiction.

The first step to helping your child overcome video game addiction and regain balance is to understand what need video games fulfill for them. It would help if you established a conversation with them about their gaming habit. Moreover, it needs to happen in a way that your child does not think that you are going to take away their gaming time.

The Healthy Gamer Action Plan can help. Check out our Parents’ Course, which will help you establish a healthy relationship with your child and empower you to help them overcome video game addiction.

Click here to check out the Healthy Gamer Action Plan.