Does Your Son Want to be a Professional Streamer? 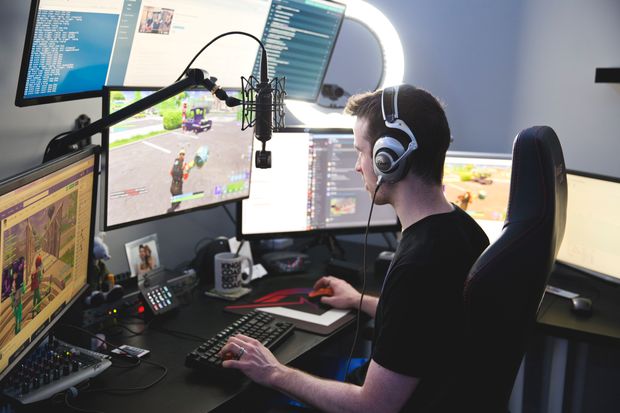 The live streaming world has become one of the most lucrative and well-known aspects of the gaming community. Aside from online tournaments boasting prize pools worth millions of dollars, it has been one of the main reasons for gaming becoming more mainstream. As a result, many children are looking towards live streaming as a potential career path. It can be confusing to navigate this online landscape as a parent because it seemingly appeared and blew up overnight. However, if your son wants to be a professional streamer, you need to know the risks and rewards of the profession and the likelihood of him making it a sustainable career.

Being one of the top streamers in the world is an unlikely outcome for your son. That is primarily because of the massive number of streamers who are already on the platform. Additionally, most children who want to become streamers do not necessarily have unique ideas about their streams. They want to play video games in front of many people, which most of the top streamers are doing already. Therefore, unless they have an exceptional skill level at a particular game or are incredibly entertaining, it is unlikely that they will become successful streamers.

Many children use streaming to justify their video game addiction. Here's a quiz to help you determine if that is the case:

In this article, we will discuss why children want to become streamers, the cost and benefits of being a streamer, and some alternatives to live streaming.

What Exactly is a Professional Streamer?

Many parents are not familiar with the live streaming world. As a result, it might be challenging to understand the full scope of what your son means when he says he wants to be a pro streamer.

A streamer, short for live-streamer, is a person who typically plays video games or chats with an online audience and broadcasts themselves doing so on the internet. However, it is not just that.

Most streamers start on the biggest streaming platform called Twitch. Twitch has several categories, some for video games and others for creative pursuits such as music production, digital art, painting, etc. They even have a category called “Just Chatting”, in which streamers chat and interact with their audience (This is where the Healthy Gamer stream is located!) One doesn’t necessarily have to play video games to make it big on Twitch, but if your son is a gamer, that’s most likely the route he wants to go down.

The other route that some kids want to go down is to become professional gamers. If you want to know the statistics around becoming a pro gamer, and the risks involved, click here to learn more.

Why Does Your Son Want to Become a Streamer

The chances are that he watches other popular streamers on Twitch. He feels inspired by them and their success and wants to start streaming. One of the most common reasons for gamers to start streaming is that it seems like the most logical transition. If they spend most of their day playing video games, then streaming the video games is the next logical step. It is a way to make money and a career from something they already do, and maybe something they are already good at.

The problem is that a lot of gamers play video games to avoid other aspects of their life. They use video games as an escape. Therefore, when they look to their future, they only see careers related to gaming. They cannot imagine a future doing anything else because they do not have the experience of doing anything else to guide their career choices. Therefore, streaming (or sometimes, game development) becomes their natural choice.

People often turn to video games as a source of community and belonging because they do not feel accepted in real life. They find an online community in streaming that is very much like them and accepts them for who they are. Therefore, streaming becomes their safe space, and most streamers develop a community around them that is very similar to their personality.

Streaming comes with its unique set of challenges that can be very appealing to a gamer’s brain. You have to build a brand, stay consistent, market yourself well, and even create an entertaining personality for other people to enjoy. It involves a fair amount of problem-solving.

Additionally, a lot of streamers who play video games on their streams are good at those games. They enjoy being adequately challenged by the game and sharing their skill and ability with other people who appreciate it.

Some of the top streamers on the platform earn millions of dollars every year. That is one factor that makes streaming very appealing to a small streamer who is just starting their stream and looking to grow. It’s similar to starting as a small-time actor or athlete, and overtime, transforming into a famous personality.

However, similar to famous actors, the streamers that make a lot of money and are super famous are the exceptions, not the rule. You need to have a large and consistent viewer base to make that kind of money.

Attraction to that wealth and fame is one of the most common motivators for people to start streaming. Paradoxically, those who don’t start streaming for the money or fame and enjoy streaming itself are the most successful ones.

Benefits of Being a Streamer

Aside from the benefits mentioned earlier, there are other advantages to becoming a professional streamer.

Being a streamer requires you to develop an engaging personality. You need to develop good speaking and presentation skills.

Sometimes, streaming can be like doing improv for 8 hours straight. You need to interact with your chat, come up with jokes, ideas, and be an entertaining person.

It also requires you to come up with content ideas regularly, which makes you develop your creativity. As a result, you always have the opportunity to make a lateral move into marketing. Additionally, since many companies these days are moving towards content marketing, this is a valuable skill with ample opportunity.

Risks of Being a Streamer

If you look at streaming from an outsider’s perspective, you may think that it is a no-brainer to become a streamer, given its advantages. However, there is a dark side to streaming that almost nobody talks about. Here are some of the disadvantages and risks of becoming a streamer:

Streaming requires you to always be “on”. Most streamers burn out very early into their career because of their awful work hours. Some streamers stream for 16 hours a day, or even more. They feel like they cannot catch a break because they will become irrelevant if they do, and nobody will watch them anymore.

Streaming can be terrible for your mental health. Most streamers suffer from imposter syndrome, find it challenging to form meaningful relationships, always face criticism because of the online nature of streaming and social media, and barely have any time to pursue other goals.

Losing Your True Self

Streamers often find themselves falling into the trap of doing what everybody else is doing. For example, if a top streamer starts to play a particular game, most of the platform follows suit. Most feel that they need to do this to retain their viewer base, which is true in a sense.

However, this comes at the cost of them giving up their interests, agency, and personality to cater to their viewer base. It can be extremely damaging to their sense of self, and they start to forget about their likes and dislikes in place of the wants of thousands of strangers.

Being a streamer is risky. Even if you secure sponsorships, there is almost no job security. The platform itself may ban you if you accidentally break its terms of service. Moreover, the internet’s nature requires you to watch what you say 24/7, so any unpopular opinions or mistakes can get you de-platformed and “cancelled,” and you may never have a career on the internet again.

Growing as a streamer requires you to be good at networking. One of the best ways to grow online is to collaborate with other prominent creators. However, since many gamers are socially awkward and prefer to stick to their stream, many find themselves streaming for several years without growing. Therefore, if networking isn’t your son’s strong suit, it may not be a good idea to start streaming as a career unless he is unusually skilled or has a unique concept for a stream.

How Likely Is Your Son to Become a Successful Streamer?

In short, it is not likely that your son becomes a successful streamer.

There are so many streamers on Twitch, most of which get almost no viewers every day, that getting out of that lower bracket is very difficult. Your son would need to build his community, which can take several years, and even then, it is not guaranteed. He might become lost in a sea of other streamers playing the same games, doing the same things, and not getting viewers.

Additionally, for streaming to be a lucrative career, he needs to be among the top streamers. The top 10 Twitch streamers make $20 million between them, and ad revenue is a small part of that. They have built a massive business around their streams and personalities. If your only income source is Twitch, and you are a small streamer, you can expect to make next to nothing for a long time.

Alternatives to Becoming a Streamer

An excellent alternative to becoming a streamer is to become a YouTuber. Here are the benefits of being a YouTuber vs. a streamer:

Streaming is most likely not a good career option for your child. It can be challenging to become a successful streamer in the first place, and even if you do make it, the job comes with a lot of risks that you may not be aware of initially. We know this because we, at Healthy Gamer, provide coaching to content creators as well, and these are the most common problems that they face.