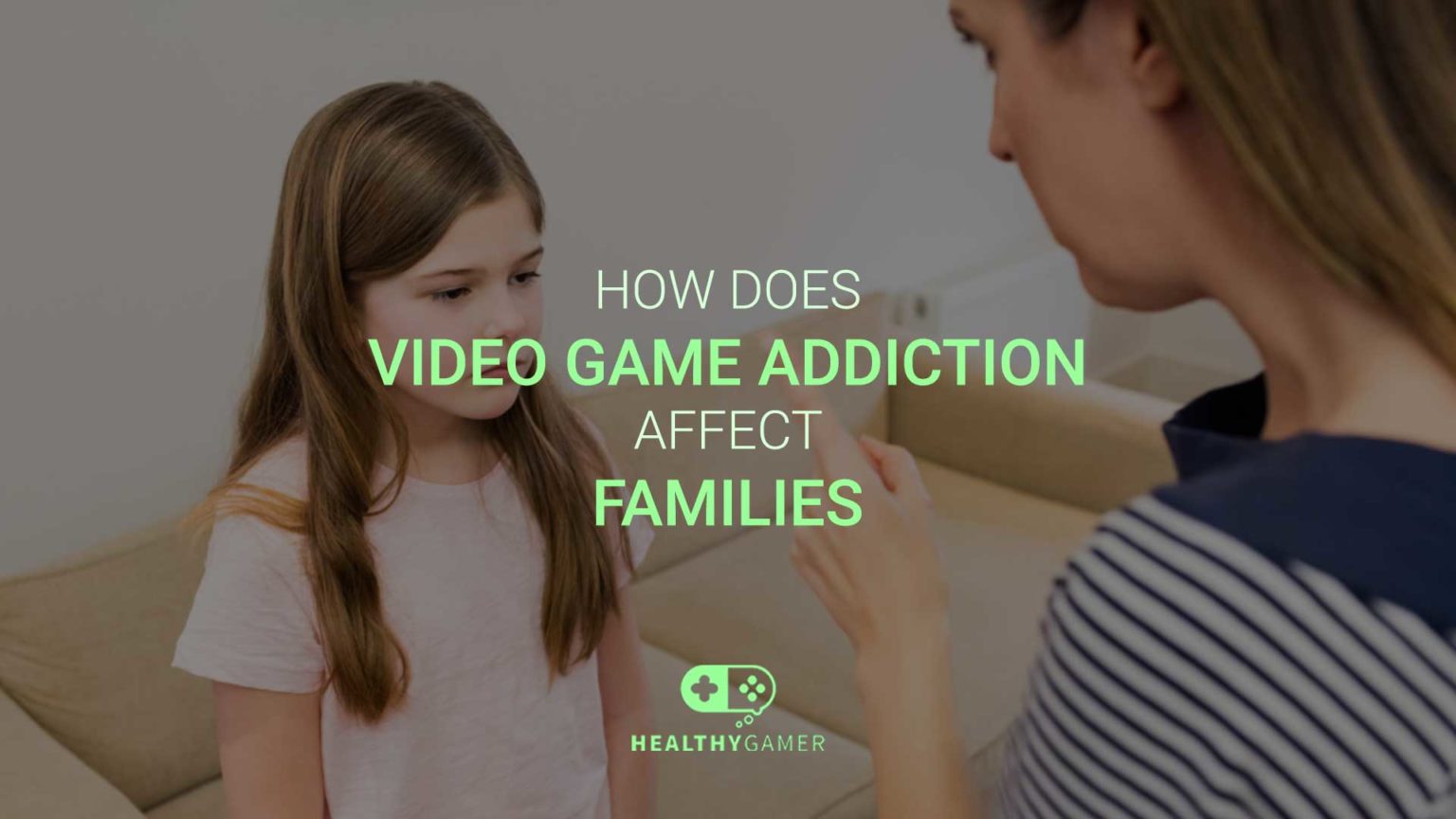 Video game addiction gets in the way of many parent-child relationships, which affects the whole family. What can you do when your child lashes out every time they play games, and in the meantime, their grades suffer?

It can be tough to convince your child to stop gaming when you can’t have a conversation with them. Moreover, any parent who’s tried to take their child’s games away forcefully knows that that strategy does not work in the long run. Therefore, it is essential to understand why your child plays video games and what effects their video game addiction has on the family.

Let’s explore why your child is addicted to video games in more detail, and look at a few ways to repair your relationship with your child.

What Do Video Games Mean to Your Gamer Child?

Typically, video games are the source of a lot of frustration between many parents and children. But they don’t have to be.

Gaming becomes a problem only when it takes away from the time that would otherwise go into building and maintaining healthier relationships. If your child chooses to play video games instead of interacting with the family or friends, then gaming is not the root issue. It is the symptom of a larger problem.

One usually plays games for recreation. However, you don’t hear about someone playing Monopoly or Scrabble for 12 hours a day. But when a gamer spends that amount of time gaming, it is no longer a recreational activity. A recreational activity is something you do on the side after you finish with your obligations for the day. However, gaming feels like the primary obligation to the addicted gamer, since everything else seems too difficult.

Click here to read about if video games are actually addictive?

Why Does My Child Spend 8 Hours a Day Playing Video Games?

Let’s explore what gaming does for a child why they might spend so much time playing video games.

Check out this article on whether video games cause bad behavior in children.

Many gamers get bullied at school and don’t have many friends. As a result, they turn to video games for an escape. However, the beautiful thing about the gaming community is that they don’t judge people for how they look or their socioeconomic status. While these are the main comparisons teenagers make, the only thing you get judged for online is what you say and how you speak. In the gaming community, you also get judged for your skill at the game. As a result, gamers seek refuge in these communities because that is the only place they feel valued as a human being.

Over time, real-life social interactions become more challenging for them. Social skills are like any other skill — they need to be developed and maintained through practice. If a gamer stops engaging in social situations early in life, then they fall behind everyone else. That makes them feel worse because when they try to interact with other people, they feel stupid, which makes them avoid future social situations.

As a result, they develop low self-esteem, social anxiety, or even agoraphobia, the fear of places and situations that cause panic, helplessness, or embarrassment. That is because they have learned that the outside world is cruel to them, and the only place where they feel safe is in the video game.

Gaming can actually result in very authentic relationships. Here’s why:

How To Repair A Relationship with Your Child

Repairing your relationship with your child does mean you have to get them to quit gaming. The goal here is to achieve a balance in your child’s gaming and interact with them in a way that works for both you.

Get on the Same Team

The first step is to get on the same team. You cannot repair your relationship with your child if both of you are on different teams. Help them understand that you’re there for them, and you still love them and will do your best to understand them.

Make it clear that you are not going to take away their games forcefully. If your child thinks that you will make them stop gaming, then the following conversations will be ineffective.

A correct diagnosis precedes good treatment. Have conversations with your child about:

It is crucial to approach this from a perspective of understanding rather than taking action. Your child might be on edge because they’re afraid you’ll take away their games, which will affect their answers. A bonus tip would be to sit in the same room as your child while the game and root for them when they win/do well. The idea is to remove the negative association they might have with you and gaming. It will help if your child does not feel judged and becomes more comfortable with the idea of you being around when they are playing games.

Click here to read about how to detox your child from video games.

Understand Them as a Person

Many gamers feel alienated from their families because they feel like nobody understands them. That is especially true if they turned to video games because they got bullied at school. They are also more likely to turn to online communities to find friends because that is where other people like them hang out. Those communities are the only place where they feel accepted and understood.

If you can cultivate an environment where your child feels loved and understood despite their video game addiction, that will do wonders for your relationship. It will also help them rely less on video games and video game communities for emotional support. It is crucial to try to understand them because, given some time, they will recognize and see the genuine effort you make to learn about them. As a result, they will be more likely to share what’s their troubles with you. If they can rediscover the emotional support you provide, they will not have to rely on video games to cope with and suppress their negative emotions.

Have Conversations about Their Life

This step is an extension of understanding your child. You can try asking them the following questions. However, keep in mind that your child may carry shame about these things and will be less likely to open up to you if they think you will scold them for it.

It is also important not to bombard them with questions. Just take five minutes out every day to ask them one of these questions. Do not give them any action steps; these questions are just a way to get them to open up to you and show them that you care about them.

Try to end each conversation on a positive note. That does not necessarily mean giving your child an action step since they may not be able to take that step. Moreover, if they fail, their feeling of shame will increase. For example, if your child tells you that they don’t have any friends in school, you might repeat back to them, “It sounds like you feel quite alone”. They might nod or feel uncomfortable, and you can merely follow that up with reassurance that you are there for them.

Click here to read about alternative activities for your gamer child (ones that will ACTUALLY work!)

While video games on their own are relatively benign, if your child starts to use video games to escape their problems in real life, that can have devastating effects on the family.

The above steps aim to help you repair your relationship with your child. One of the most important things to remember is that your child will only be able to take steps to reduce their gaming once they feel like they don’t need to use gaming to cope with their feelings and emotions. If they feel understood and part of the family, then that is a massive win for you.

Dr. Alok Kanojia is the world’s leading expert on video game addiction. He designed the Healthy Gamer Action Plan for parents who are struggling to get their child to stop gaming and get them to do better at school, be physically active, and have meaningful relationships with their friends in real life. Click here to learn more.